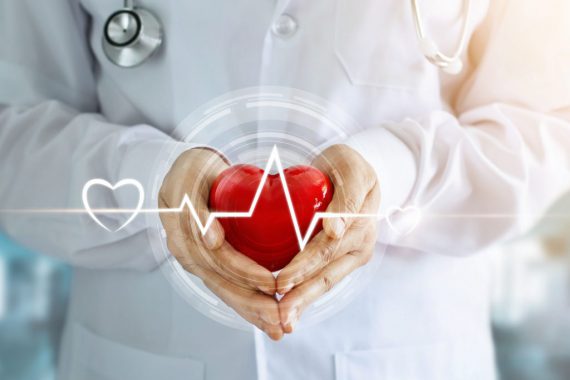 While it seems like doctors tend to emphasize genetics when it comes to risk factors for developing chronic diseases, the truth is that the things you do or don’t do each day play just as big of a role and could actually be more important — especially when it comes to the health of your heart.

This was recently proven once again by researchers at the First Cardiology Clinic at National and Kapodistrian University of Athens, Greece, who found that there are two specific lifestyle changes you can make that will significantly decrease your risk of ending up with heart disease or suffering a stroke.

The study, presented at the American College of Cardiology’s 68th Annual Scientific Session, assessed markers of heart health along with a variety of environmental exposures and lifestyle factors in 2,000 people living in Corinthia, Greece, ranging in age from 40 to 99 years old.

The researchers specifically looked at the participants’ carotid femoral pulse wave velocity — which measures how fast pressure waves move through arteries to detect stiffness (a sign of atherosclerosis). They also measured the thickness of the inner part of their arterial walls to determine levels of plaque buildup (higher levels equals higher risk of stroke).

After dividing the participants into three groups based on the number of hours they spent watching television each week, the researchers that compared to people who watched less than seven hours of TV per week, people who watched more than 21 hours a week were:

The study’s lead author, Sotirios Tsalamandris, M.D., said, “These findings suggest a clear message to hit the ‘off’ button on your TV and abandon your sofa. Even activities of low energy expenditure, such as socializing with friends or housekeeping activities, may have a substantial benefit to your health compared to time spent sitting and watching TV.”

#2 — What’s your breakfast of choice?

In the second part of the study, participants were divided into three groups based on how much of their daily caloric intake came from breakfast:

Can you guess which group was more heart healthy?

According to the researchers, those who ate a high-energy breakfast had significantly healthier arteries than those who ate little or no breakfast. In fact, they had less arterial stiffness and less plaque buildup than both of the other two groups.

“A high-energy breakfast should be part of a healthy lifestyle,” Tsalamandris said. “Eating a breakfast constituting more than 20 percent of the total daily caloric intake may be of equal or even greater importance than a person’s specific dietary pattern, such as whether they follow the Mediterranean diet, a low-fat diet or other dietary pattern.”

So, what did the high-energy breakfast eaters choose to start the day? The most common choices included milk, cheese, cereals, bread and honey.

Healthy choices for a healthy heart

These findings show that the small lifestyle choices we make each day add up when it comes to heart health.

Other ways to boost your health include: