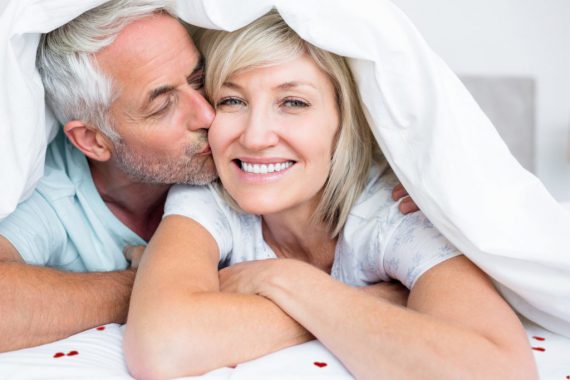 Many men think that erectile dysfunction is just part of aging — something they have to learn to deal with and accept.

And it’s easy to see why when you know that while approximately 40 percent of men deal with the condition at age 40, that number goes up to 70 percent by age 70.

But the truth is that erectile dysfunction, or ED, is not inevitable.

In fact, like I’ve said before in other articles, and I’ll say again…

Barring serious prostate issues, much of the cause of ED can be traced back to three things that are completely, 100 percent within men’s control: diet, blood pressure and blood vessel dilation.

That blood vessel dilation can be helped by the first one — diet.

That’s why we’re going to take a deep dive into the five best foods (and drink) for optimal erectile health and function at any age.

If you like it spicy, you’re on the road to better sexual health and more time in the bedroom.

In fact, a study published in Physiology & Behavior found that men who eat hot sauce more frequently tend to have significantly higher levels of testosterone than those who would rather skip the heat.

They say it all comes down to capsaicin, a compound found in peppers, which has been linked to testosterone enhancement.

You know how I said that diet can also help address blood flow issues to keep that important male “part” functioning at its best, so healthy, strong erections don’t become a thing of the past?

Well, here’s the one you want to know about — beets.

You see, beets are jam-packed with nitrates that your body converts to nitric oxide. And what’s so important about nitric oxide is this…

It sends out a signal that helps to relax your blood vessels, allowing them to dilate for smooth circulation — exactly what is needed for a strong erection.

And you can get that benefit from either eating beets (at least in the summer when they’re easy to find) or taking a fermented beet root powder with higher bioavailability daily.

Yes, the antioxidant powerhouse is also well-known for promoting the release of that nitric oxide from blood vessels walls.

My suggestion is to incorporate both beets and green tea into your daily routine for optimal erection support.

Although nitric oxide is the king when it comes to better blood flow, your body also benefits from the help of magnesium.

And the best food to get the mineral from is spinach.

Even better, the leafy green also packs a punch of folate which boosts blood flow to your sexual organs.

Finally, we’re going to move from foods to drink with the No. 1 beverage for male sexual health.

That’s because a study out of the University of Texas discovered that men who drink two to three cups of coffee per day are a whopping 42 percent less likely to suffer from erectile dysfunction.

Simply having a couple of cups of joe a day could be enough to help you bring sexy back no matter your age.

So, just ignore the myth that simply because you have a little more mileage on you, erectile dysfunction is a given. Instead, prove them all wrong and use the foods above for better blood flow, better health, and better sexual function for life.