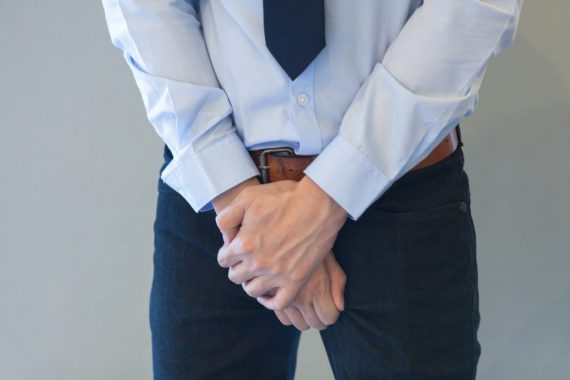 I don’t think it’s a secret that male fertility has been declining steeply over the past few decades.

In fact, scientific studies estimate a 50 percent global reduction in sperm quality in the past 80 years.

Additional studies indicate that men’s swimmers just aren’t swimming, but their numbers are going down as well.

So, what’s the problem? Is it all just low T or is it something more? And why should you be concerned if you’ve moved past the time when you want to have kids?

It turns out there’s a link between the declining fertility in men around the world and the same decline in man’s best friend.

The team had previously discovered that the sperm quality in domestic dogs was not what it once was, leaving them to wonder if the modern-day chemicals found in our homes could be to blame.

They set out to test the effects of two specific chemicals. First, a common plasticizer known as DEHP, which is found in everything from carpets and flooring to upholstery, clothes, wires and even toys. Second, an industrial chemical called polychlorinated biphenyl 153, which although banned globally, remains widely detectable in the environment and in food.

The researchers carried out identical experiments using sperm samples from both men and dogs and found that the chemicals at concentrations found in normal environmental exposure actually damage sperm, reducing motility and fragmenting DNA.

Associate Professor and Reader in Reproductive Biology at the School of Veterinary Medicine and Science and lead author of the study, Richard Lea, said: “This new study supports our theory that the domestic dog is indeed a ‘sentinel’ or mirror for human male reproductive decline and our findings suggest that human-made chemicals that have been widely used in the home and working environment may be responsible for the fall in sperm quality reported in both man and dog that share the same environment.”

Male infertility and an increased risk of death

While many people think that fertility is only important if you want to conceive, that’s not exactly the case.

In fact, studies have shown that low sperm count is linked to serious health problems for men.

One study of over 5,100 men even found that men with low sperm counts are a whopping 20 percent more likely to have:

This means that they are at significantly higher risk of metabolic syndrome which could shorten their lives.

Clearly our chemical-laced environment is not doing men any favors, but luckily, there is help…

Antioxidant supplements can help protect and improve sperm quality by lowering the oxidative stress that leads to DNA fragmentation.

Antioxidants that can reduce problems with male infertility and the metabolic syndrome risk that comes with it are:

• L-arginine — 4,000 mg daily of l-arginine may boost both sperm count and motility

Despite the fact that male fertility is under attack, there are ways you can help. Adding in the appropriate antioxidants and lowering stress could be the key to better sperm count, motility and quality, reduced health dangers and a longer life.