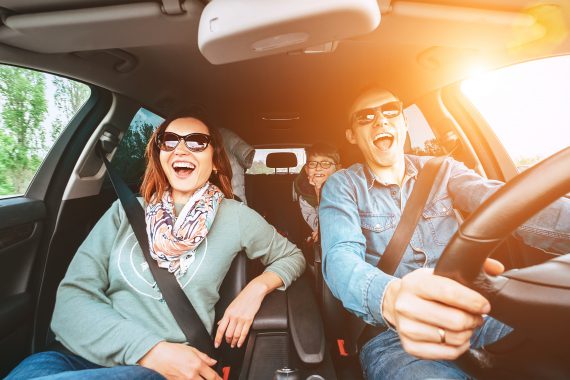 As I’m sure you’re aware, I’m a big believer in nutritional supplements.

I view my daily supplement routine the same way I look at going in for a regular physical, doing 30 minutes of exercise every day and getting the oil changed in my car… it’s all preventative maintenance.

After all, why would I wait to get sick when I can take steps now to avoid that mess in the first place?

But this week has been a little different… and I’m starting to pay the price.

I’ve been on vacation this week. So far my family and I have visited the beautiful natural springs in central Florida… have explored the mountains of North Carolina… and soon will make the trek back to the beach at the very tip of Florida’s east coast before heading home.

All told we’ll have driven 24 hours!

If you’ve not yet followed me on Facebook or Instagram, please do. I’ll be sharing some of my vacation photos there.

With all this activity — outside of my normal schedule — I’ve not been as consistent with my normal routine. And that includes taking my full, daily regimen of supplements.

And I’m noticing my body is achy, my hands are stiff, I’m losing my energy, my digestion is not as good and I’m not sleeping as well.

“Stop taking them for a few days and see how you feel… then we’ll talk!”

One of the supplements I have the most faith in… it plays a large role in me feeling good consistently… is krill oil.

That’s because time and again, in study after study, the omega-3s in krill oil have been shown to do everything from support your joints… to brighten your mood… to calm your nerves… and to support the health of your heart and eyes.

But now, the latest research is demonstrating that krill oil can also help you support a healthy weight. And you and I both know that when you aren’t a healthy body weight inflammation, joint, heart and brain health are all impacted.

What do stem cells have to do with it?

You’ve probably heard the term stem cells, but with all the hype, finding the real information you need to know can be confusing.

So, I’m going to make it easy…

Stem cells are simply cells in your body that can be used to make other cells. In fact, your stem cells can turn into brain cells, muscle cells and yes — different types of fat cells.

And that’s where the new research comes in…

You see, for years, researchers have known that defects in an ancient cellular antenna called the primary cilium are linked with obesity and insulin resistance. But now, thanks to a study at the Stanford University School of Medicine, we know how to block that process.

Basically, they found that those strange little cellular appendages are able to sense omega-3 fatty acids in your diet.

When you get enough of them, it changes the way the stem cells in your fat tissue divide and turn into fat cells.

Here’s how it works…

More, not bigger, is better

When omega-3 fatty acids bind to a receptor called FFAR4 on the cilia of your fat stem cells, it signals them to divide, leading to the creation of more fat cells.

While this might sound like a bad thing (after all, who wants more fat cells), it’s actually just the opposite.

More fat cells give your body a way to store energy, something that is healthier than storing too much fat in existing fat cells.

“What you want is more small fat cells rather than fewer large fat cells,” says senior author Peter Jackson, Ph.D., professor of microbiology and immunology and of pathology.

“A large fat cell is not a healthy fat cell. The center is farther away from an oxygen supply, it sends out bad signals and it can burst and release toxic contents.”

In fact, large fat cells are associated with insulin resistance, diabetes and inflammation. This means that omega-3s play a huge role in preventing all of these problems.

And a lack of omega-3s could lead to obesity.

That’s because, according to the researchers, when they blocked the action of omega-3s on that ciliary signaling, it resulted in the addition of fat to existing cells. Can you feel your waistline expanding?

Why I choose krill over fish oil

Fish oil is notorious for causing side effects such as nausea, stomach aches and even diarrhea.

Regular fish oil comes from large fish that are prone to contaminants. And since the demand for fish oil supplements is so large, producers tend to have questionable fishing practices.

In addition, the volume leads to the necessity to produce huge batches that can sit in warehouses and on store shelves for an extended period of time.

That means that by the time you buy it, it’s likely rancid (a big reason for those fish burps).

Counter that with krill oil which has virtually no unpleasant side effects, is easy to digest and doesn’t cause fishy after burps.

Krill are tiny crustaceans, are incredibly abundant and virtually free of contaminants because they come from the icy cold waters of Antarctica.

Krill oil is easily absorbed by the body due to its phospholipid structure and contains EPA… that helps calm inflammation, DHA… which is the most abundant omega-3 found in the brain and Astaxanthin… which is a powerful antioxidant and free radical fighter.

Are you starting to see why I prefer krill oil over fish oil?