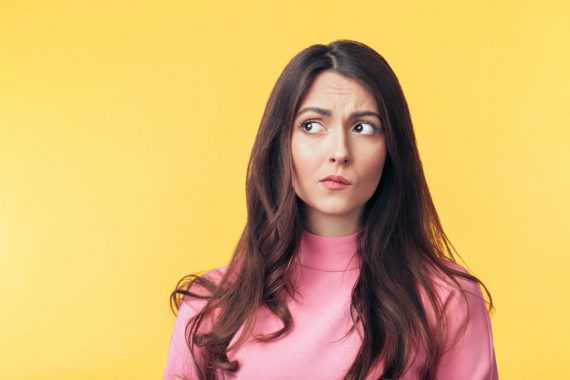 If you live with a chronic medical condition, you probably know the term “brain fog” all too well.

In fact, people with chronic illnesses, ranging from autoimmune issues like multiple sclerosis to fibromyalgia and even diabetes and cancer, know all too well that poor concentration and mental sluggishness can be as debilitating as the disease itself.

But you don’t have to have one of these illnesses to experience brain fog. Stress will do the trick. As well as depression, anemia and even some medications.

Whatever the cause, most of us can relate to the feeling that something is stealing our ability to focus and stay alert.

The team, from the University’s Centre for Human Brain Health, started with a simple theory — the idea that the inflammation that results in your body when you have a chronic illness could impact your brain’s readiness to reach and maintain an alert state.

“Scientists have long suspected a link between inflammation and cognition, but it is very difficult to be clear about the cause and effect. For example, people living with a medical condition or being very overweight might complain of cognitive impairment, but it’s hard to tell if that’s due to the inflammation associated with these conditions or if there are other reasons,” said study senior author, Dr. Ali Mazaheri.

So, they decided to take everything but inflammation out of the equation…

The scientists recruited a group of 20 young, healthy volunteers.

One day, they would give them a specialized vaccine designed to induce inflammation. Another day, they would get an injection of nothing more than water. Of course, the volunteers never knew which was which.

After each shot, the participants were tested for cognitive responses so that their ability to control attention could be measured.

Every time they received the shot that sky-rocketed their inflammation levels, their ability to stay alert went into the toilet!

“These results show quite clearly that there’s a very specific part of the brain network that’s affected by inflammation,” said Dr. Mazaheri. “This could explain ‘brain fog.'”

Now this is powerful information to have at your fingertips…

Because when you think about it, it means that if you can lower your inflammation levels, you also have the potential to rid yourself of that debilitating brain fog.

Luckily, there are a number of natural ways to do just that…

The top contender in this category is a supplement known as resveratrol. If you haven’t heard of it, it’s a compound found in the skin of grapes that has amazing levels of antioxidants.

And what’s important for our purposes is that study after study has found it has the ability to reduce inflammation. Yes, time and again, it’s been proven that this 100 percent natural polyphenol is a potent inflammation-fighter.

So, an easy way to curb the inflammation that could be behind your brain fog is to take a daily resveratrol supplement.

That yellow powder that’s responsible for the vibrant color of many of your favorite Indian dishes is also a great way to lower the inflammation caused by your chronic health issues.

Turmeric contains a chemical compound known as curcumin which helps to reduce your body’s production of inflammatory molecules called cytokines to help block inflammation at its source.

That’s why the herb has been shown to help people with arthritis and is even being investigated for the relief it could provide to people living with inflammatory bowel disease.

Another herb that works to limit those inflammatory cytokines is ginger.

And research shows that it may come with the double bonus of reducing the activity of cyclooxygenase enzymes to further limit inflammation.

Finally, no discussion of natural ways to overcome inflammation would be complete without mentioning the omega-3 fatty acids found in fish oil.

These powerful compounds have been shown to fight multiple types of inflammation and should be part of every person’s daily supplement regimen.

We now know that brain fog is just one more symptom of inflammation. But, this is good news since it also gives us a way to fight it, using supremely natural, healthy supplements that can lower inflammation and beat that brain fog for good.