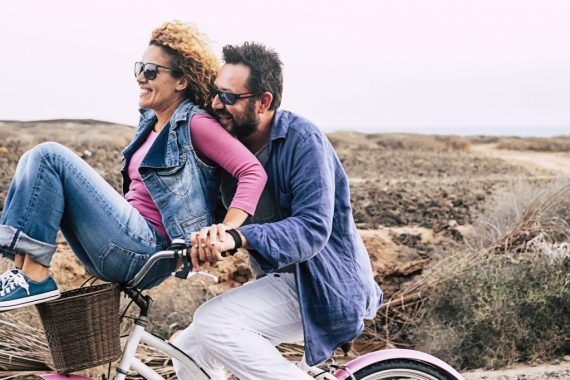 If you’ve read anything I’ve ever written, you’ll already know that I’m a big believer in natural supplements.

In fact, I look at taking my daily supplements the same way I look at going in for a regular physical, taking my car for an oil change, or doing my 30 minutes of exercise — preventative maintenance.

After all, why would I wait to get sick when I can take steps now to avoid that mess in the first place?

One of the supplements I have the most faith in and never, ever skip is my fish oil.

That’s because time and again, in study after study, the omega-3s in fish oil have been shown to do everything from reduce inflammation and fight depression and anxiety to reduce the risk of macular degeneration and blindness and enhance heart health.

Now, the very latest research is once again demonstrating that if you’re not already on the omega-3 train, the time to jump on is now…

A lesson in biology

You’ve probably heard the term stem cells, but with all the hype, finding the real information you need to know can be confusing.

So, we’re going to make it easy.

Stem cells are simply cells in your body that can be used to make other cells. In fact, your stem cells can turn into brain cells, muscle cells and yes — different types of fat cells.

And that’s where the new research comes in…

You see, for years, researchers have known that defects in an ancient cellular antenna called the primary cilium are linked with obesity and insulin resistance. But now, thanks to a study at the Stanford University School of Medicine we know how to block that process.

Basically, they found that those strange little cellular appendages are able to sense omega-3 fatty acids in your diet.

When you get enough of them, it changes the way the stem cells in your fat tissue divide and turn into fat cells.

Here’s how it works…

When omega-3 fatty acids bind to a receptor called FFAR4 on the cilia of your fat stem cells, it signals them to divide, leading to the creation of more fat cells.

While this might sound like a bad thing (after all, who wants more fat cells), it’s actually just the opposite.

More fat cells give your body a way to store energy, something that is healthier than storing too much fat in existing fat cells.

“What you want is more, small fat cells rather than fewer, large fat cells,” says senior author Peter Jackson, Ph.D., professor of microbiology and immunology and of pathology. “A large fat cell is not a healthy fat cell. The center is farther away from an oxygen supply, it sends out bad signals and it can burst and release toxic contents.”

In fact, large fat cells are associated with insulin resistance, diabetes and inflammation. This means that omega-3s play a huge role in preventing all of these problems.

And a lack of omega-3s could lead to obesity.

That’s because according to the researchers, when they blocked the action of omega-3s on that ciliary signaling, it resulted in the addition of fat to existing cells. Can you see your waistline expanding?

This means that you now have one more reason to make omega-3s part of your daily routine — to make those ciliary appendages work in your favor.

But how do you choose the right supplement with so many on the market?

Well, while I’m sure you’ll find lots of advice out there on the subject, I have a few simple rules when it comes to picking the fish oil supplement I’ll put in my body.

First, it needs to offer both EPA and DHA, the most essential omega-3 fatty acids.

Second, it also should include omega-6 plus omega-9 to enhance its effects for full body health.

And finally, it needs to be ultra-pure since too many fish oils on the market come from contaminated sources.

So, take advantage of this latest, cutting edge research and use the power of fish oil in your daily life to control your fat stem cells and overcome inflammation, diabetes, obesity and more.