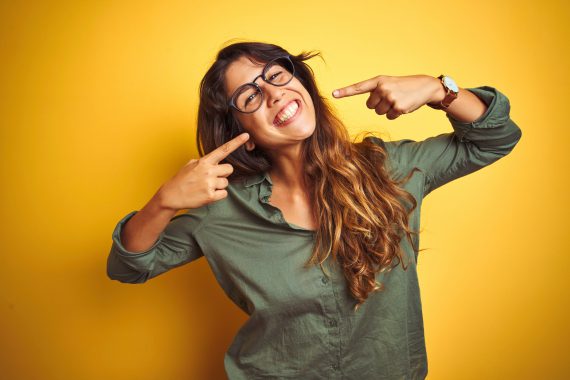 A staff member in my office recently told me she needed to take a long lunch break to go to a dentist appointment. I told her it was no problem and that we’d cover her while she was gone.

I wished her good luck and said my fingers were crossed that she’d be in the No Cavity Club. I was surprised when she got a worried look on her face…

She explained to me that she’s been dreading this appointment since her last one six months ago.

At her last cleaning, her dentist told her she had the beginning signs of gum disease. So, unbeknownst to me, she’s been working hard to heal her mouth. And not just to maintain her pretty smile…

The connection between gum disease, inflammation and your risk of stroke

Gum disease is a chronic bacterial infection and is associated with inflammation. Because inflammation plays a major role in the development and worsening of atherosclerosis — the hardening of blood vessels — it increases your risk of stroke…

The link between gum disease and stroke is undeniable…

Based on these findings, researchers are now calling for people everywhere to not only focus on maintaining blood vessel health to prevent stroke, but on gum health as well.

First, let’s look at ways to keep your gums in great shape…

Do your gums ever bleed when you brush your teeth or floss? If so, please know that this is not normal and is a cardinal sign of gum disease.

Be sure to brush your teeth at least twice a day, holding your toothbrush at a 45-degree angle to your teeth. This helps clean your gums as well as your pearly whites. The best times to brush are in the morning and before bed. It’s also helpful to brush after snacks and meals if possible.

Floss all of your teeth at least once a day to clean the areas that your toothbrush can’t reach.

Vitamin D has been shown to reduce signs of early gum disease by up to 20 percent. To manage your vitamin D levels, get 30 minutes of natural sunlight per day and have 1-2 servings of vitamin D rich foods per day. These foods include fatty fish, organ meats, eggs, butter, yogurt and cheese.

If you are deficient — and most people are — consider supplementation. I recommend a full therapeutic dose of 5,000 IU of Vitamin D3 in a softgel form for maximum bioavailability.

Probiotics help keep a healthy balance of good bacteria in your mouth so the bad bacteria don’t take over.

You can add probiotics to your oral hygiene routine by using a probiotic lozenge, or you can try what my co-worker has been doing for the last six months…

Twice a day she adds half a scoop of alkalizing greens to 4 oz of water and swishes it in her mouth like mouthwash for 10 to 15 seconds before swallowing. She’s supporting her oral health and her gut health at the same time.

At this latest checkup, the dentist told her she isn’t completely out of the woods yet, but that she’s seen a major improvement already. She told her to just keep doing what she’s been doing and that hopefully in six more months she’ll be gum disease free.

Go to the dentist preferably every six months. Report any concerns such as bleeding or swollen gums.

If you’ve already had a stroke, it’s essential you maintain optimal oral hygiene to prevent any further complications. According to an article published in the journal Stroke, if a critically ill patient doesn’t implement regular dental care following a stroke, they may develop ventilator-associated pneumonia.

A review in the European Stroke Journal describes the possible association between poor oral hygiene in post-stroke patients and an increased risk of aspiration pneumonia, which can sometimes be fatal.

It’s clear now that the health of your arteries and the health of your gums are interconnected and play a big role in your risk of stroke. Take steps now to support both to limit your risk in the future. Plus, a 100-watt smile is the kind of side-effect I can live with!