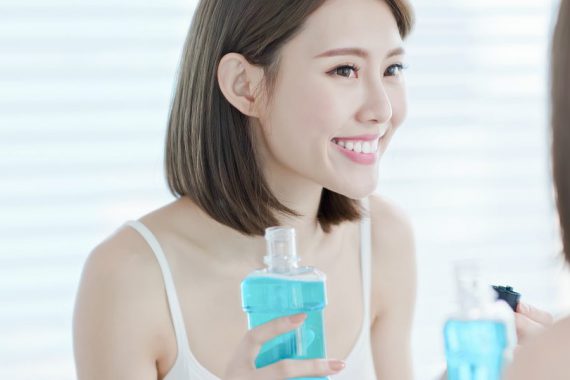 One of the big reasons we all know that we’re supposed to be exercising regularly is the positive effect it has on heart health. In fact, exercising plays a big role in helping to maintain healthy blood pressure to ward off heart failure, heart attacks and strokes.

Yet, according to a new study, if you’re doing one simple thing before exercising, you may not be getting any of those benefits.

And surprisingly enough, it all has to do with what you do after brushing your teeth…

Bacteria in your mouth and nitric oxide

However, there’s been a hot debate on the topic.

That’s because while it was clear that NO could do its job during exercise, scientists weren’t sure how or why the blood pressure-lowering effect continued once exercise stopped.

So, the study, led by the University of Plymouth in collaboration with the Centre of Genomic Regulation in Barcelona, set out to answer that question.

They knew one thing…

Past research has shown that the glands in the mouth — your salivary glands — can absorb nitrate, which certain bacteria in your mouth can turn into nitrite to make NO. So, they wondered whether or not the sustained blood pressure-lowering effect was tied to this oral chemical reaction, and whether inhibiting those oral bacteria could cause a problem.

The team recruited participants to run on a treadmill for 30 minutes on two separate occasions, after which they were monitored for two hours.

On each occasion at one, 30, 60 and 90 minutes after exercise they were asked to rinse their mouths with either antibacterial mouthwash or a placebo of mint-flavored water. The researchers measured their blood pressure and saliva and blood samples were taken before exercise and at 120 minutes post exercise.

And, here’s what they found…

Using an antibacterial mouthwash, which kills off some of the oral bacteria, caused a 60 percent reduction of the blood pressure-lowering effect of exercise over the first hour of recovery, and totally abolished it in just two hours after exercise.

Yup, it turns out that the nitrite synthesis by oral bacteria — that chemical reaction that happens in your mouth to produce nitric oxide — kick-starts how our bodies react to exercise, and simply using mouthwash brings it to a dead stop.

This means that if you want all of the benefits exercise can bring to your blood pressure, never use an antibacterial mouthwash before, during, or after physical activity since it destroys the ability of your oral bacteria to manufacture that all-important nitric oxide.

And since nitric oxide is so vital in maintaining healthy blood pressure, taking as many steps as possible to increase it is a heart-healthy choice.

Here are two easy ways to do that:

Beets are jam-packed with the nitrates your body uses to make nitric oxide. Add more of these ruby vegetables to your diet.

Numerous studies have shown that taking antioxidants helps slow the breakdown of nitric oxide in your body, helping it to work longer. Great antioxidants to try include glutathione and vitamins C and E.