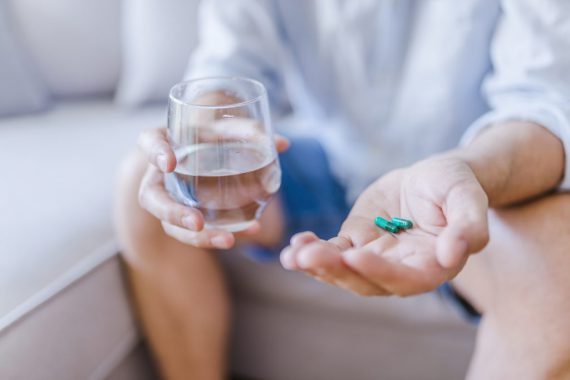 Do you reach for the Tylenol when you have a headache or your back is hurting?

After almost 60 years of widespread use, Tylenol (acetaminophen), has become not only one of the most widely used pain relievers, it’s practically a staple in households across America.

My house was no exception.

And it gets worse…

Research has linked it to an increased risk of everything from interactions with other medications to asthma, kidney toxicity, bone fractures and even blood cancers.

I also found it surprising to learn that your body can react differently to medications, including Tylenol, as you age.

So, when you add that in with the fact that many adults also live with multiple chronic conditions for which they take multiple medications, you can see how throwing a seemingly harmless over-the-counter drug in to the mix can quickly become a recipe for disaster.

In fact, a study among residents in a nursing facility found that if one of those condition is diabetes, you could have a stroke.

The study I read was published in the Journal of the American Geriatrics Society. Researchers followed 5,400 residents in nursing facilities for a period of 18 months and explored the connection between acetaminophen use, death and major heart events such as strokes and heart attacks.

And while there is good news — researchers found no link between the drug and heart attacks or death overall — they were singing a different tune when it came to strokes.

This means that although it seems that taking Tylenol could increase your stroke risk slightly if you’re healthy, that risk increases if you have diabetes.

“My personal message to the people in my everyday practice is that any drug they take may have some form of harmful side effect unknown to them, even those they can buy over the counter,” said study author Philippe Gerard, M.D.

So, if you or someone you love is living with diabetes, it’s probably best to skip the acetaminophen and choose a safer form of pain management. And don’t forget that acetaminophen can be lurking in other types of medications including Theraflu, Robitussin, Sudafed, Nyquil, Mucinex and more.

You can talk to your doctor about options that can work for you without raising your stroke risk or try my favorites, arnica (for aching joints) and a mix of lavender and peppermint essential oils rubbed on the temples for headaches.

Remember, just because a drug is sold over the counter, it doesn’t make it safe, and acetaminophen is a prime example. But the good news is that you don’t have to live with pain or elevated stroke risk when you feel better naturally.