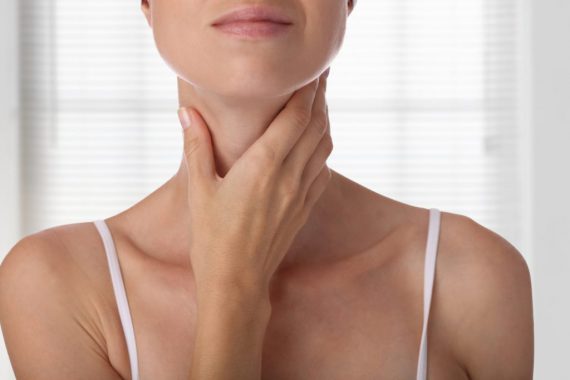 I’m one of the 10-12 million people in the U.S. living with hypothyroidism. In other words, my thyroid doesn’t work well enough to give me the energy I need to keep going, nor does it keep my metabolism running well enough to ward off weight gain.

It’s something I’ve struggled with for years, only recently finding help since doctor after doctor somehow just never ran a full thyroid panel — instead only checking my TSH (thyroid stimulating hormone) numbers and never all of the other factors that go into a healthy thyroid balance.

And while I try to share my story as often as possible so that others in my situation can find help for their thyroid problems, I was recently reminded that even when you find a doctor that listens to you and runs the right tests, your problems still might not end. Here’s why…

I was visiting a friend of mine this weekend when we began to discuss our health. I told her how much better I was feeling since I had found ways to improve my thyroid function.

She just looked down at herself and shook her head. “I wish I could do that. Nothing works,” she said.

It turns out that although she’d been on thyroid medication for years, nothing had stopped the fatigue and brain fog she lived with on a daily basis. Nothing even put a dent in the weight gain she was experiencing.

In fact, once or twice every year, like clockwork, her doctor would increase her dosage of medicine… but nothing else would change.

Needless to say, she was beyond frustrated. And as it turns out, she’s not alone.

According to a new study by Rush University Medical Center, about 15 percent of patients with hypothyroidism continue to feel sick despite following the standard of care recommended by the American Thyroid Association.

Yet, despite normal TSH tests, these patients still have many nagging symptoms of hypothyroidism — symptoms like depression, a slow foggy mind and, of course, that dreaded weight gain.

While their doctors tell them that they’re getting the right amount of medication, that their TSH is normal and that they should feel fine, the study is demonstrating that their persistent symptoms are not just in their heads.

In fact, the research team found that individuals on levothyroxine who had normal TSH levels were:

In other words, despite the fact that they were taking thyroid medication that supposedly fixed the problem, they were more tired, depressed, overweight and unhealthy than a person with normal thyroid function.

So, if even taking prescription thyroid medication may not solve the problem, what can you do?

The answer lies in boosting your thyroid health naturally. Here’s how…

#1 Repair your gut — Poor gut health has been linked to autoimmune issues, including thyroid problems, so start repairing your gut today by taking a good quality probiotic.

#2 Reduce inflammation — As with many disease processes, your thyroid health is affected by the inflammation levels in your body. To reduce inflammation, avoid processed foods and sugar, take a high quality omega-3 supplement and eat a diet high in antioxidants from fruits and vegetables.

#3 Supplement — Boost your thyroid health by supplementing for any hidden deficiencies. Ones to include are iodine, selenium, zinc, copper and L-Tyrosine.