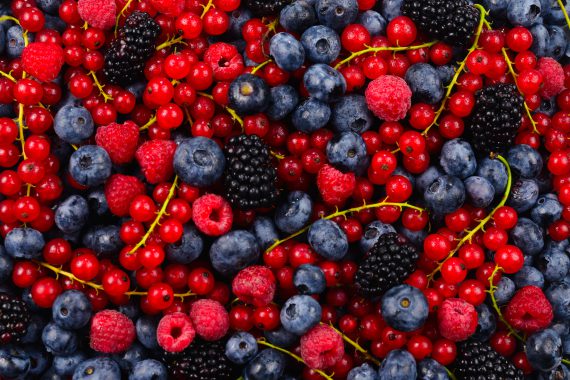 As you get older, your blood pressure — specifically the systolic (top number in the reading) — goes up while your diastolic pressure (bottom number) falls. This happens when arteries stiffen, blood vessel function slows and your heart becomes less efficient.

As your overall blood pressure rises, so does your risk of heart attack and stroke…

Unless you do something to stop it in its tracks.

Although a high systolic blood pressure is more likely with age, it isn’t inevitable.

A new study has proven that simply adding a blue fruit to your diet could improve your blood vessel function and lower your systolic pressure in just four weeks!

The blue in blueberries is the key

Researchers from King’s College London studied 40 healthy volunteers who were given either a drink containing 200g of blueberries or a “control” drink daily for one month. The scientists kept track of everything from chemicals in their blood and urine to blood pressure and the flow-mediated dilation (FMD) of their brachial artery (a measure that shows how it is able to widen as your blood flow goes up).

And they found that:

• Within just two hours of consuming those blueberry drinks, participants benefited from improved blood vessel function. Even better, the improvement lasted for a full month.

• After a month on the blueberry drink, average systolic blood pressure was reduced by 5 mmHg — the same effect you could expect from taking blood pressure medications but without the side effects of those medications like headaches, nausea, vomiting, erectile dysfunction, fatigue, dizziness and more.

The scientists were so impressed with the power of blueberries to improve age-related high blood pressure that they decided to look deeper into the effects.

They discovered that just like with the first blueberry drink, the purified anthocyanins drink also led to improvements in blood vessel function for better blood pressure regulation.

On the other hand, neither of the control drinks — from either experiment — resulted in any improvements.

According to the researchers, this demonstrates that the anthocyanins in blueberries are behind their ability to lower blood pressure as effectively as medications.

Lead researcher Dr. Ana Rodriguez-Mateos from the Department of Nutritional Sciences at King’s College London went on to say, “If the changes we saw in blood vessel function after eating blueberries every day could be sustained for a person’s whole life, it could reduce their risk of developing cardiovascular disease by up to 20%.”

Studies like this are the main reason I make superfruits like blueberries part of my daily diet.

In addition to blueberries, other fruits with high levels of those blood pressure lowering anthocyanins include:

Snack on them, drink them or take them in a daily supplement… no matter what you choose, the anthocyanins found in superfruits could be your key to keeping your blood vessels healthy and overcoming age-related high blood pressure.