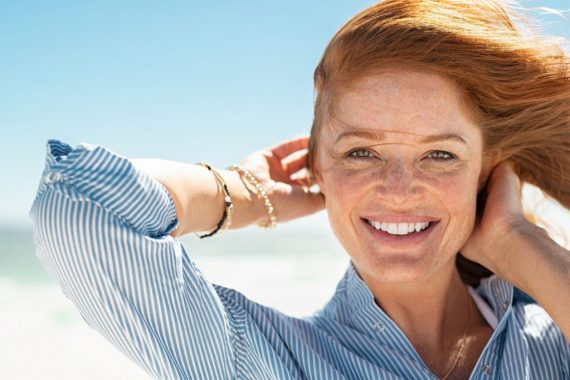 Heart disease is a big deal in my family as it is in so many families in the United States. Heart attacks have stolen the lives of far too many of my relatives, while others have been forced to suffer through grueling open-heart surgeries and the difficult recovery that follows.

So, not surprisingly, my doctor recommended that I begin taking an aspirin a day. He said it could lower my risk of having a heart attack or stroke, something I had good reason to worry about.

However, I can still remember sitting in his office as he made that recommendation — about 10 years ago — and questioning if taking a medication that could cause stomach bleeding was the best idea for me.

Yet, like so many other doctors, he said that the benefits far outweighed the risks.

Now, though, there is big news shaking up that traditional wisdom. If you’re in the same boat as I was, you might need to rethink whether an aspirin a day is the best advice for you…

New guidelines were recently announced from the American College of Cardiology and the American Heart Association. And at their core is this nugget: Unless you’ve already had a heart attack or a stroke or are at a very special risk for having one of those events, it’s very unlikely you should be following an aspirin a day regimen.

In fact, the guidelines say that few people over 70 should be on daily aspirin, and even people between the ages of 40 and 70 should not take them routinely. And, there are very few exceptions to their new rules — one of which is that if you’re between the ages of 40 and 70 and at very high risk of heart attack or stroke but not at risk for bleeding, you might be considered for aspirin therapy.

Basically, this new philosophy about aspirin therapy cites a “lack of net benefit.” In other words, numerous recent studies have demonstrated that the risk of bleeding caused by daily aspirin use (even low-dose) outweighs the possible benefits — which is the exact opposite of what we’ve been told for decades.

The truth is that simply being over 70 puts people at higher risk of bleeding as does taking certain medications, like prescriptions to prevent blood clots, so adding in a medication that can cause bleeding in and of itself is a clear risk.

That’s a lot of risk for benefits that have now been downgraded to “relatively small,” compared to other treatments and medications available.

This means that the path to better heart health without risk is probably not going to include aspirin for the foreseeable future. So, if you’re following that regimen, be sure to talk to your doctor about it.

I for one won’t miss aspirin. I don’t really want to trade my worries about my heart for worries about bleeding. Besides, after years of research I know there are lots of other safe things I can do to protect myself.

A good place to start is with the recommendations of the American Heart Association. Here’s what they have to say, with a bit of my own advice thrown in:

• Quit smoking — There’s no way around the fact that smoking puts you at risk and the only answer is to quit.

• Monitor cholesterol — Cholesterol and calcium contribute to build up in your arteries, blocking them and setting you up for disaster.

• Manage diabetes — According to the American Heart Association a whopping 68 percent of people with diabetes over the age of 65 will die from heart disease. Manage and maintain healthy blood sugar for a healthy heart.

So, while an aspirin a day may have now gone by the wayside, there’s still plenty you can do to promote your best heart and artery health. Even better, you can do it without the bleeding risks caused by aspirin therapy.