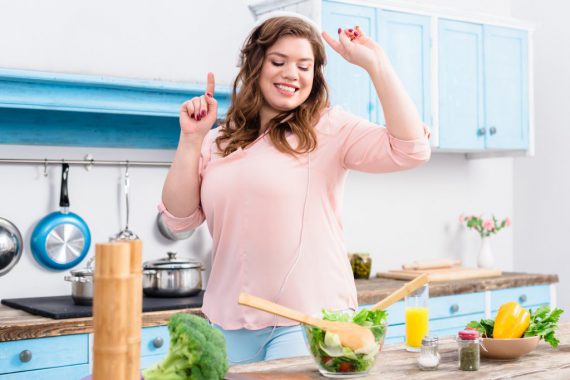 Many people think liver disease only affects people who smoke or drink too much alcohol, but the truth is much scarier…

One of the most common types of liver disease has absolutely nothing to do with these factors.

It’s estimated to affect between 30 and 40 percent of U.S. adults.

You could be one of them and not even know it.

Like its name implies, it has nothing to do with how much alcohol you drink. According to experts, the most common causes leading to NAFLD is being overweight, obese or having other metabolic risk factors such as diabetes.

People with NAFLD usually have no symptoms, but symptoms could include:

And it can progress to what’s known as NASH (nonalcoholic steatohepatitis) and cirrhosis where you have scarring of your liver.

There is no medical treatment for either form of the disease, but there is hope.

A brand-new study from researchers at the Karolinska Institutet in Sweden have found an easy way to reduce the risk of a fatty liver in veggies you can find at your local grocery store.

The key is in dietary nitrate

The team first fed mice a high-fat and sugar Western diet (one commonly linked to the development of fatty liver disease). They then supplemented the mice with dietary nitrate.

And the results were impressive…

“We noticed a significantly lower proportion of fat in the liver,” says Mattias Carlström, associate professor at the Department of Physiology and Pharmacology, Karolinska Institutet.

They then confirmed their results by using two different cell culture studies in human liver cells. Apart from a lower risk of steatosis, the researchers also observed a reduction of blood pressure and improved ability to maintain normal blood sugar in mice with type 2 diabetes.

“We think that these diseases are connected by similar mechanisms, where oxidative stress causes compromised nitric oxide signaling, which has a detrimental impact on cardiometabolic functions,” said Dr. Carlström. “We now demonstrate an alternative way to produce nitric oxide, where more nitrate in our diet can be converted to nitric oxide and other bioactive nitrogen species in our body.”

So, what veggies are high in the dietary nitrate you need to keep your liver lean?

According to the team, green leafy vegetables, such as regular lettuce or the more nitrate-rich spinach and arugula.

“And it doesn’t take huge amounts to obtain the protective effects we have observed — only about 200 grams per day,” says Dr. Carlström.

You could be living with fatty liver disease and not even know it, especially if you are overweight or have type 2 diabetes. Don’t risk it when it is so easy — and delicious — to love your liver and lower that risk.