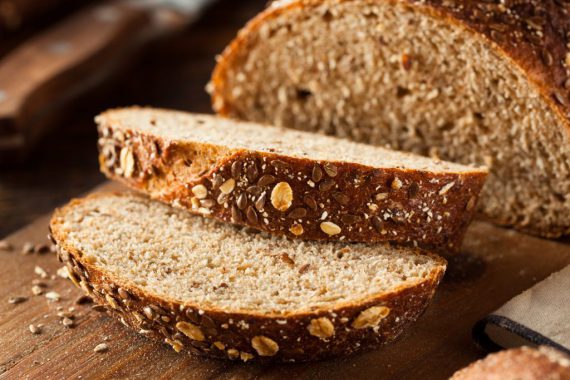 Despite the current backlash against bread, there’s tons of evidence that whole-grain bread is good for you.

In fact, whole grains (whether baked into a loaf of bread, eaten in a cereal bowl or enjoyed as a side dish at dinner) may be one of the healthiest foods around. They protect you against diabetes, cardiovascular disease, cancer and more.

What makes whole grains so wholesome?

Well, there’s no shortage of beneficial nutrients and compounds in whole grains. But researchers just discovered a new one that plays an important part in their health benefits… especially when it comes to balancing your blood sugar and supporting your heart.

A new study from researchers at the University of Eastern Finland uncovered some previously unknown compounds in whole grains that could be responsible for their diabetes-fighting effect — betaine compounds.

Scientists already knew that betaine compounds were present in our bodies and in certain foods, like wheat. But in this study, they discovered new types of betaine compounds that seem to lower blood sugar and support heart health.

The study was performed on mice and humans. Both ate a whole-grain rich diet for 12 weeks. When researchers investigated the effects of the whole-grain-heavy diet, they found that eating whole grains increased the number of betaine compounds in the bodies of both mice and humans.

Some of these betaine compounds had never been discovered before. And many of them had major health benefits…

Pipecolic acid betaine, for example, lowered blood sugar levels after meals. And 5-aminovaleric acid betaine (5-AVAB) accumulated in tissues like the heart and helped heart cells use fatty acids as a form of energy. That’s something certain heart disease drugs do too. And this betaine compound from a whole-grain rich diet did it almost just as well.

How to choose the healthiest whole grains

So, betaine compounds may be behind the health benefits of whole grains. But whatever makes whole grains healthy, all you really need to know is that they’re good for you and you should eat more of them… starting today.

The USDA says you should make half of the grains you eat whole grains. But I say, why not go for broke and eat all whole grains (with the occasional exception).

It’s not hard to do. Just swap out refined grains like white rice and white bread with whole grains like brown rice and wheat bread. Here are some healthy, whole-grain products to look for:

And when you’re shopping for whole grains, always read your labels…

Also, some whole grain products appear healthy, but they’re filled with unhealthy ingredients like high-fructose corn syrup and chemical additives. As always, the simpler the ingredient list, the better.