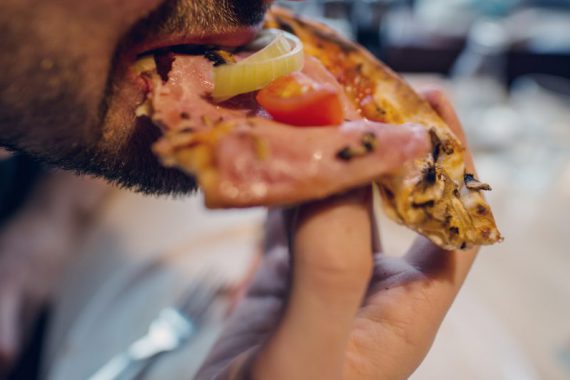 A lot of advances have made life easier, safer and just plain better.

The internet is another huge advance… information on almost anything is at your fingertips.

But some advances, like ones used in the food and agriculture industry, have not been so kind to us.

The weed killer that lined Big Ag’s pockets is giving farmers cancer. The dyes they put in foods are causing behavior problems in children.

Now, a new study is showing that a common food additive used in baked goods and artificial flavorings could also make you obese and set you up for diabetes.

The additive is called propionate. It’s in all kinds of foods from breads to dairy products, put there by food manufacturers to stop mold from growing and improve shelf life.

And research teams from the Harvard T.H. Chan School of Public Health and Brigham and Women’s Hospital and Sheba Medical Center in Israel have now discovered that eating it sets up a cascade of metabolic events that leads to high blood sugar, insulin resistance and obesity.

They performed their experiments in both mice and people in order to get a full picture of the dangers of propionate.

They first fed the additive to mice and found it causes an immediate surge in hormones including glucagon, norepinephrine, as well as a newly discovered gluconeogenic hormone called fatty acid-binding protein 4 (FABP4). This caused the mice to produce more glucose from their liver cells. Something that — you guessed it — led to high blood sugar.

To top it off, they found that when mice consumed propionate over the long term (in amounts typical for humans) they gained significant amounts of weight and ended up with insulin resistance.

They then followed up by testing the effects of the additive in 14 people. The researchers found that very soon after eating a meal that contained propionate, the participants had surges in those same hormones that causes high blood pressure, insulin resistance and obesity in mice.

This led them to call propionate a “metabolic disruptor” that could increase the risk of diabetes and obesity in any person who eats it.

Makes you wonder how in the world the U.S. Food and Drug Administration could call the additive “safe,” doesn’t it?

Protecting yourself from propionate

This study makes it clear that consuming propionate presents a real and present danger to your health and is a big clue as to why the incidence of diabetes is expected to rise by a whopping 40 percent over the next 20 years.

To protect yourself from the diabetes- and obesity-causing food additive, avoid foods that are most likely to contain propionate. The most common are:

• Cheeses such as Swiss and Emmentaler

If you’re concerned about diabetes or already diabetic or pre-diabetic, I also recommend taking a resveratrol supplement.

Resveratrol is the antioxidant found in the skin of red grapes. It’s been shown to be extremely beneficial at decreasing fasting blood sugar and reducing aortic stiffness.

With this new evidence that propionate could be behind the rising epidemic of obesity and diabetes in our country, it’s more important than ever to read the labels of the food you eat and protect yourself by taking natural supplements that can support healthier blood sugar levels.